neoGFX is a cross-platform C++ GPU-based GUI/game library. neoGFX is open source with its public repository hosted on GitHub. As of May 2017 version 1.0 of neoGFX is about 75% complete; on release of version 1.0 the intention is that neoGFX will be dual licensed (licensable with LGPLv3 or a commercial licence). 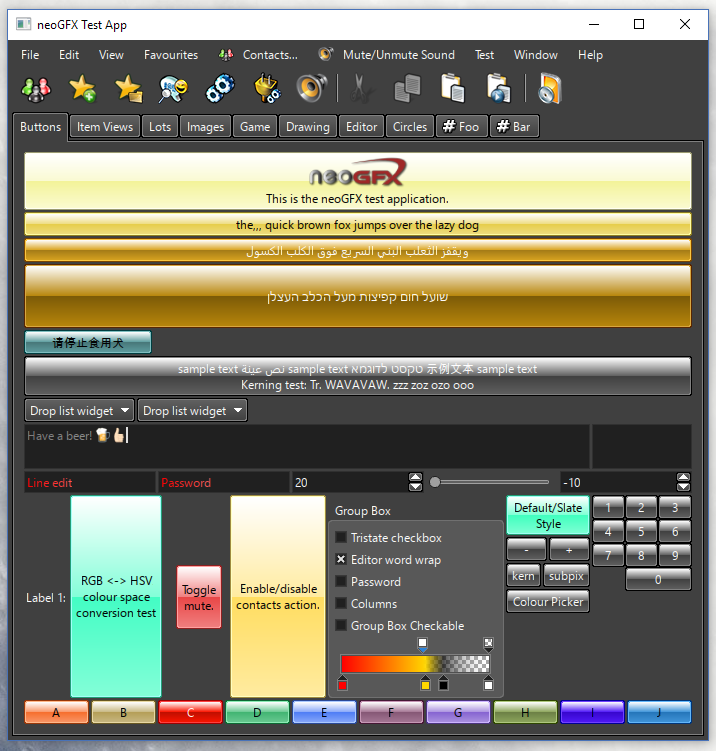